अगस्त 08, 2020
Hundreds and Thousands of Festivals are celebrated in India every year. Some of them are very popular and some of them are popular in some states. Here in this article, we are going to discuss Indian Festivals.

In Inda, People celebrate plenty of festivals every year. Some of them are Diwali, Holi, Eid, Rakshabandhan, Onam, Makarsankranti, Durgapuja, Janmashtami, Ganesh Chaturthi, Gurunanak Jayanti, Shivratri, and much more. 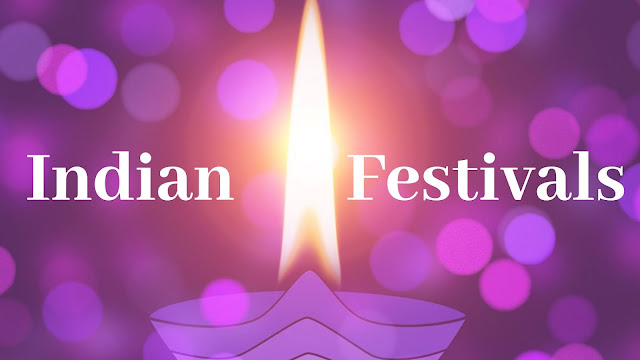 Indians celebrate festivals on Big scale. They spend money to buy expensive kinds of stuff, food, clothes to celebrate these festivals and enjoy the day.

India has a large population of various religions. And they all celebrate their own religious festivals.

Hinduism, Islam, Christianity, and Sikhism are the other major religions in India. Some festivals are unique to local areas or states, while there are other vibrant festivals celebrated throughout the country.

10 Most Popular Festivals of India

The following describes some of the widely celebrated festivals in India.

For Tamils, Diwali or Deepawali is a festival of lights. The celebration of Diwali is celebrated grandly throughout India.

Diwali is the most popular festival in India. Visiting India in October/November (Diwali Time) is all about lights, Sweets, and Shopping.

As India boasts of diverse cultural heritage, each region celebrates Diwali in its own special and unique ways as people visiting various tours will become witnesses.

However, the history behind the celebration of Diwali is the same in all regions and is based on the great victory of Lord Rama over the demon Ravana. 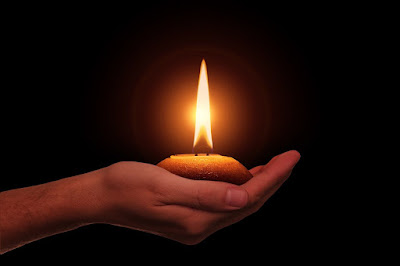 Mainly, five days are celebrated as Diwali. Dahanteras, Choti Diwali, Badi Diwali or Lakshmi Puja, Govardhan Puja, and Bhai Dooj are the five days of Diwali celebrations. Each of these days has its own importance and history related to the divine celebration.

People burst crackers and wear new clothes in Diwali to celebrate the victory of Lord Ram.

Traveling in any Hindu region of India in the October-November will offer visitors Durga Puja. One of the largest and most popular festivals in the country. This festival is in the worship of Goddess Durga, the power of the Hindu goddess.

Although this festival is for ten days, rituals and ceremonies are observed in the last six days. The last day of Durga Puja is known as Dashami or Dussehra. The festival is also known as Navratri.

The festival usually takes place between the months of September and November and is widely celebrated in eastern India.

States of other parts like Delhi and Karnataka also celebrate this festival. Thus, we can say that this festival is celebrated with great fanfare across the country.

Visits to several regions of India during March will surely include Holi, the festival of colors. It symbolizes the victory of good over evil and celebrations occur through the colors. The main occasion is on the full moon day in March every year. 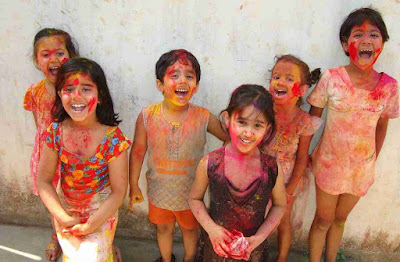 This popular festival is celebrated all over India. Holi began in Mathura in Vrindavan which is the birthplace of Lord Krishna. People celebrate this day by drenching each other's faces with colors, which is known as "Abir".

Holi is very famous in Rajasthan, Gujarat, and Maharashtra.

Eid-ul-Fitr signals the end of the Muslim fast, Ramadan. Eid-ul-Fitr occurs when a new moon appears after a month of fasting.

Muslims go to mosques and offer prayers to Almighty Allah. Eid-ul-Fitr is a three-day festival. Some devotees may also go on a pilgrimage to Mecca, considered the Islamic holy land. This festival is celebrated not only in India but all over the world.

The festival of Ganesh Chaturthi is dedicated to Bhagwan Ganesh Ji, the son of Lord Shiva, for the prevention of obstacles. It is a ten-day festival.

Ganesh Chaturthi is celebrated with great pomp in Maharashtra and other South Indian states. People buy Ganesha idols and worship it for ten consecutive days. After the tenth day, the idol is immersed in a river or sea. 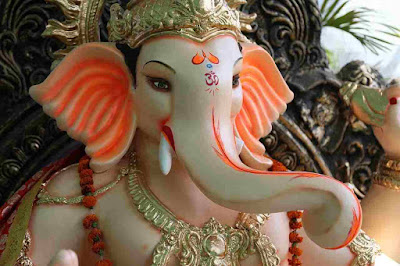 During this festival, cultural events and banquets are held to make the occasion even more organized and such events are interesting additions to any itinerary.

Sikhs worship this festival in Gurudwaras (Sikh temples). They start the day by taking out processions in the morning from the gurdwaras and singing bhajans in the respective areas.

There are other practices such as the distribution of langar or common food to all in the community and the burning of clay lamps in the houses are celebrated in this festival.

Rama Navami marks the birthday of Bhagwan Shree Ram. The festival of Ram Navami is the ninth day of "Sukla Paksha" in the months of March and April, determined by the Hindu calendar.

The festival day begins with offering prayers to the Sun and then singing devotional songs in the afternoon, at which time Lord Rama was believed to be born.

The celebrations are the grandest in Ayodhya as the birthplace of Lord Rama and a popular tourist destination, especially for Hindu devotees.

The summer festival in Ooty is held in the month of May. The festival is held in the Botanical Garden. This serene area in India is lush with greenery all around and hence it is perfect for the Ooty Summer Festival.

Many fairs and shows like Flower Show, Fruit Show, Boat Race include Ooty Festival. Cultural programs Traditional classical arts are also a part of the festival. Sports like trekking are also arranged for people who love sports.

Janmashtami marks the birthday of Bhagwan Shree Krishna, the eighth incarnation of Lord Vishnu. The date of the festival is not fixed. It depends on the cycle of the moon, according to the Hindu calendar. However, it usually occurs in the month of August or September.

The first day is spent in fasting and praying till midnight when Lord Krishna was believed to be born. Many Hindu devotees visit the Dwarkadhish Temple in Dwarka - as part of the Gujarati pilgrimage, and the Sri Krishna Balarama Temple, are some of the places in Orissa where the main festivals are performed.

Janmashtami is celebrated all over country. Bhakts celebrate the birthday of Lord Krishan and expressed their happiness.

Onam is a widely celebrated festival in the state of Kerala. This ten-day festival marks the harvest season that coincides with the Chingam, Malayalam New Year.

The main theme of this festival that no one can remember is the row of boats in the rhythm of drums. Excursions to the famous Kerala backwaters during this festive season can include exciting boating events that entice any traveler.


So these 10 are India's most famous Festivals. If you are visiting India, then you should be definitely part of these Festivals and explore the real India.

Also, In India, there are hundreds of more festivals. Which definitely makes you feel good and that festival vibes are amazing. If we forgot to mention some popular Festival then tell us, we make another part of this article soon and write on that post.